Tindale Dental - Penrith Dentist > Articles > Article > Is There A Bad Time To Brush Your Teeth?

Is There A Bad Time To Brush Your Teeth? 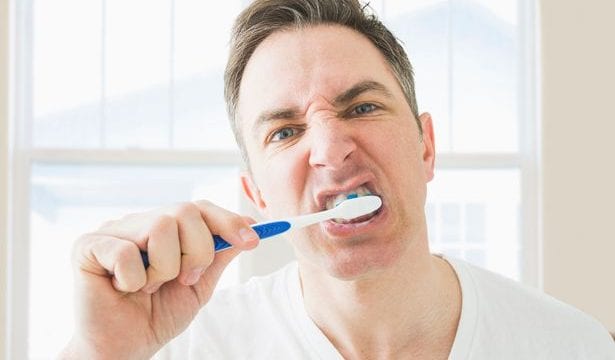 Is there ever a bad time to brush your teeth?

Most of us believe that proper dental care means flossing and brushing often — at a minimum, twice daily, as the Australian Dental Association recommends. Those who are particularly diligent may brush more often, after meals, snacks or sugary drinks.

But research shows that brushing too soon after meals and drinks, especially those that are acidic, can do more harm than good. Acid reflux poses a similar problem: While it might seem like a good idea to brush after a reflux episode, doing so can damage your teeth.

Acid attacks the teeth, eroding enamel and the layer below it, called dentin. Brushing can accelerate this process, and with brushing, you could actually push the acid deeper into the enamel and the dentin.

In one study, a group of volunteers were followed for three weeks as researchers examined the impact of brushing on their teeth after they drank diet soft drink. The scientists found an increase in dentin loss when brushing in the 20 minutes after drinking. But there was considerably less wear when brushing took place 30 or 60 minutes afterward.

“It is concluded that for protection of dentin surfaces,” the authors wrote, “at least 30 minutes should elapse before tooth brushing after an erosive attack.”

In the meantime, to get rid of acid, try rinsing the mouth out with water or using an acid-neutralizing mixture: one part baking soda, eight parts water.

Never brush immediately after an acidic meal or drink. Always wait at least 30 minutes to allow the enzymes and minerals in the saliva to neutralise acids and reharden the enamel surface layer.